What To Say To Your Boyfriend When He Ignores You

Nothing feels worst in this world than getting ignored by your man. It hurts a lot and many women become a victim of depression and anxiety. They cannot express their feeling and slowly start destroying their lives. To help all of those women in the world I have compiled a list of top 5 tips that can help you out.

After reading this article you will be able to handle the situation of getting ignored by your boyfriend. Please read all the instructions carefully and stay calm.

When you feel that he is ignoring you, you don’t need to overreact. Instead, you should send him a short and casual text that will bring your existence back into his life.

This is because sometimes your boyfriend is not actually ignoring you consciously. It’s because he is busy in his business or something else that’s tiring and time taking.

It could be anything a job interview, college assignment, work project, or a business deal. Anything important to make your life better. He is putting efforts to give you a bright future.

No matter what’s the reason you shouldn’t overreact. Most of the girls don’t understand this and start overreacting. They start playing ignoring games back and make their relationship hollow. That can break up easily that’s what you would never want at any cost. 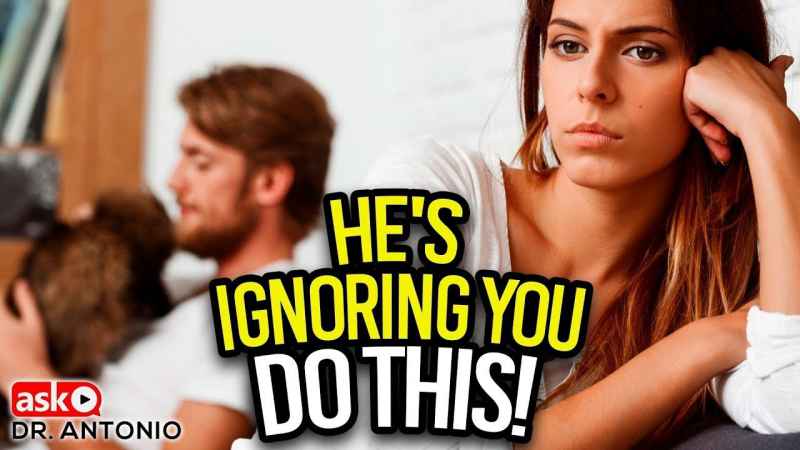 Instead of chasing him or playing ignoring games, you can just send him a plain routine text. For example, you can say,” Hey how are you? What’s up?

This will trigger his mind and make him realize that you care for him but don’t suffocate him when he is busy.

Give him some space

Giving space to each other is the most important aspect of any relationship. Sometimes you want to stay alone and battle your life issues alone. In that situation, if someone bothers you by texting or calling you over and over again you would be fed up.

That’s the thing when your boyfriend still ignores you after getting the last text you need to give him some space.

Giving space doesn’t mean that you should break up with him or don’t need to talk to him for weeks. It’s just giving him some time to battle his issues alone and you shouldn’t reach out to him to say that he is ignoring you.

Maybe he is trying to check your nature if you are a calm personality or overreactto certain issues suddenly. The best way to teach him a good lesson is to avoid him for a couple of days.

Don’t reach out to him or talk to him for a couple of days. This will make him realize what life is like without you. He will start missing you and reach you ultimately.

Give him an invitation to open up to you

After trying the two above suggestions if he is still ignoring you then it’s time to make him realize that he is doing wrong.

You can invite him to open up to you on things that make him ignore you.

Here some of the girls commit a big mistake by chasing their partner or begging for love. This will push your boyfriend away from you. So what to do?

Now you can call him out for ignoring you but without putting yourself under stress. Don’t overreact and stay calm that’s the key.

Say in a polpolitely and calmlyHey I don’t know the reason that makes you ignore me, but if you want to talk you can come and open up on anything, I am happy to listen to you.”

In this text, you got three things that make him realize and regret that he is ignoring you.

First, you are not chasing him.

Second, you are inviting him to open up. 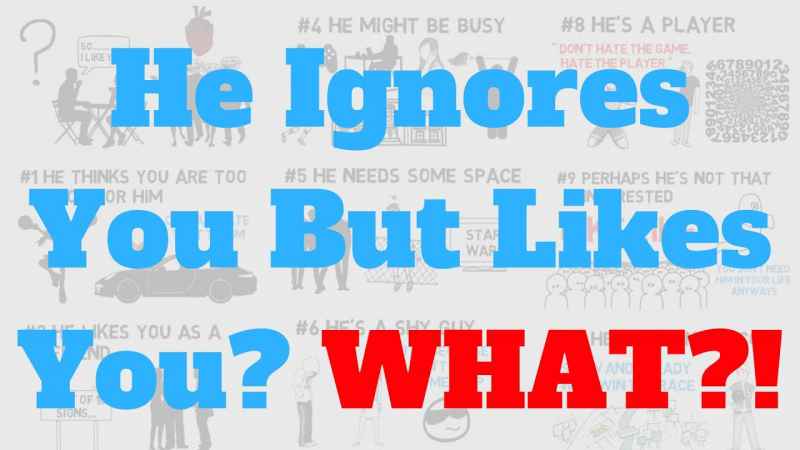 Third, you are sending positive vibes by staying calm.

This powerful text will have positive and strong effects on his mind. First of all, he will be realized that he is ignoring you and you acknowledge everything.

Secondly, he will see that you are not obsessed with him and staying calm in this situation and you are inviting him to open up.

Remember the time when you both got into a relationship. How beautiful were those moments and how safe do you feel?

You feel too much comfortable and safe with him. He also feels the same that is getting him away from you.

You might not understand but it’s true, men don’t value things they are comfortable with. They have a chasing instinct by birth they cannot get rid of that.

If you want to make him regret his decision then you shouldmove on.

You should create a vacuum that cannot be filled by any other lady. You can hang out with friends and start dating other guys again.

When you are doing such stuff don’t forget to stay active on your social media. Post your fun photos with your friends that will make him jealous.

This will trigger his chasing instinct and he fears losing you.

Give him a final ultimatum

After trying everything you need to reach out to him and give him an ultimatum. Ignoring games often doesn’t work when he is not interested in you anymore.

That’s an alarming situation and if you don’t reach him maybe he leave you for another woman. Reach out to him and give him a final chance to keep or leave the relationship.

Tell him that you are fed up with playing hide and seek games. You know that he is ignoring you. Ask him whether he wants to keep the relationship or not. So that you could move on.

This will put pressure on his mind and make him realize to decide. Give him the last chance to make a final decision.

Tell him that you won’t beg for his love and beautiful life is waiting for you. If he cares for you he will never give up on you. Otherwise, you are beautiful and deserve better than him.